If you venture in the woods outside the city of Strafford, New Hampshire, you most likely will stumble upon several giant Flipbooks. You probably owned a similar (but smaller) version of those as a child.

For those who are not familiar with Flipbooks, the idea is simple. They are books filled with drawings that, as you flip through the pages, create an animation and tell you a short story. 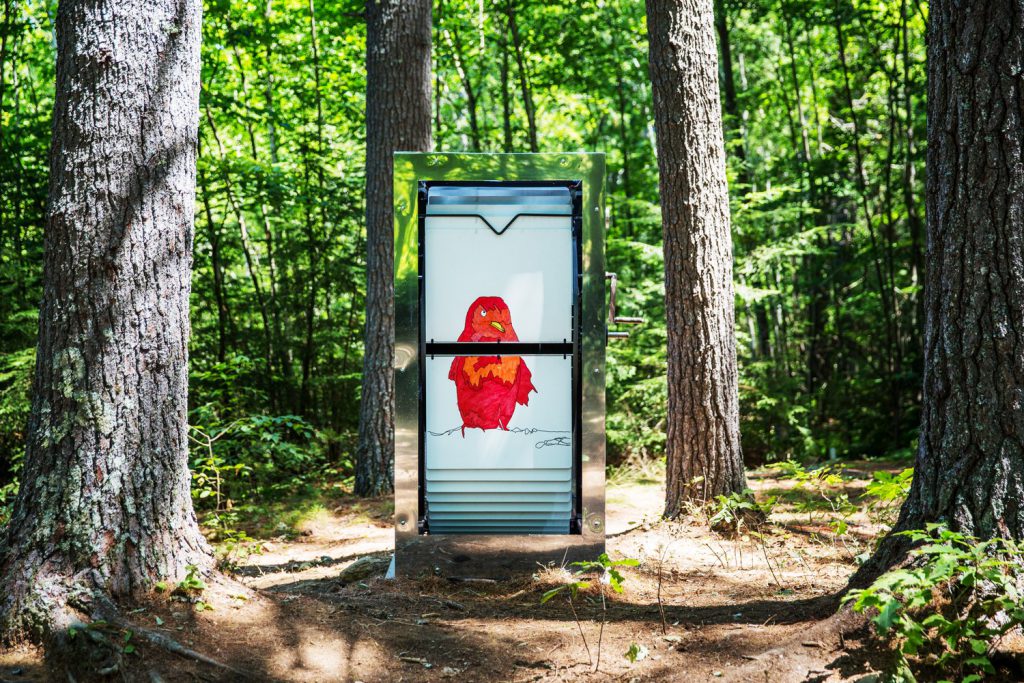 Mobile Studio, an architecture firm based in London. They  applied this concept on a much larger scale with the help of children from the local summer camp called Beam Camp. The result is astonishing !  Giant boxes filled with drawings that you can flip through with a crank!

But we are not done yet,  the boxes containing the drawings were built in such a way that the boxes will reflect their surroundings (here the woods) during the day using a special film on the panels, and let the mechanism visible at night thanks to in-built LEDs. 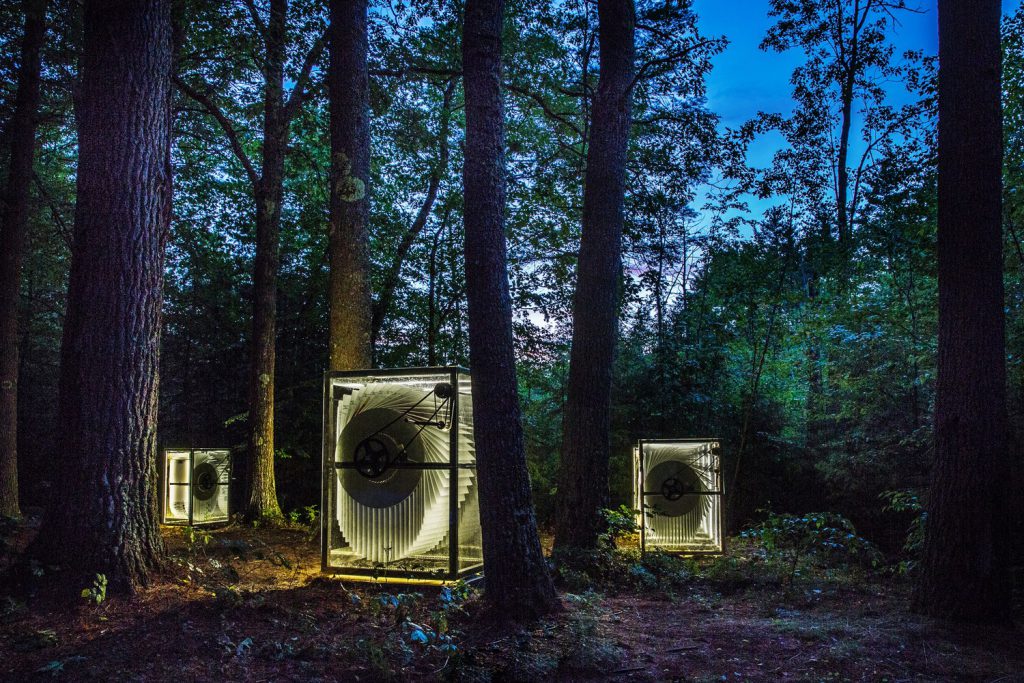 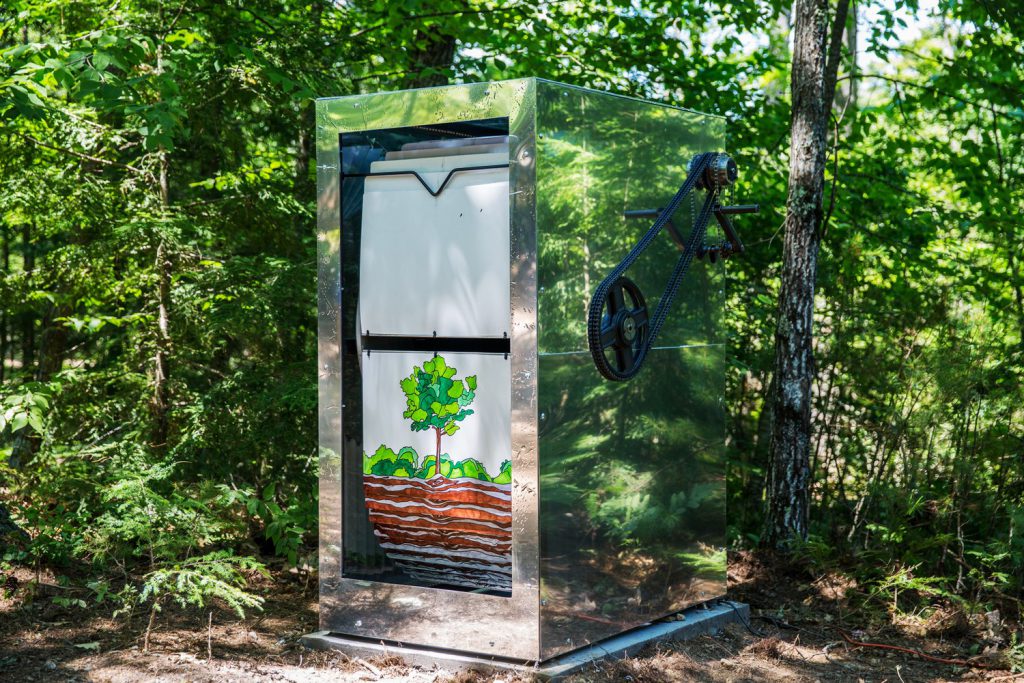 Due to the Flipbooks’ close link with nature, the young campers decided to draw each flap so that it will create animations of bird behavior when one would crank through the book’s pages. “These are the world’s largest mechanical flipbooks ever made“ as stated by Mobile studio’s director Chee-Kit lai.

An article by BlookUp

One thought on “Giant Flipbooks in the woods of New Hampshire”