Since 2006 the architecture magazine eVolo organizes the Skyscraper competition, a contest during which teams of architects from all over the world come up with ambitious (sometimes crazy) projects that not only challenge the limits of construction working but also rethink the way man-made buildings interact with the environment.

This year more than 400 projects have been examined by the jury, only 3 won the competition and 22 received honorable mentions, the project we are introducing today received one of these.

At the very heart of this team of South-Korean architects, the Giant sequoia is one of many numerous victims of human activities and although it is now protected, its life span has shortened due to climate change. In addition, the roots of this giant are very small in comparison to its height and do not grow deep in the ground; so when the core starts to rot the sequoia collapses under its own weight.

The project intends to reconcile mankind and nature with a more respectful approach of architecture by replacing the empty and/or rotting space inside the said giant in order to build skyscrapers inside that will neither harm the trees nor drastically change the landscape. The new structure build inside the sequoia acts like a new backbone that will prevent the tree from collapsing. The working space inside the “sequoiascraper” (Yup, I just made it up) should be dedicated to arts and research. A bold project that, if it ever sees the light of day, will prove that there are alternatives to bending nature to our own will and deforming the landscape. Hats off to them!

Do you like lasagna made with fresh pasta? You do, but you don’t know the recipe and don’t always have all the ingredients at hand’s reach?

This unusual piece is entirely composed of fresh pasta and each page is engraved with instructions on how to cook your lasagna. Once you’ve followed the recipe, you’ll just have to use the pages as layers for the dish, slipping them between two good ladles of Bolognese sauce, grated Gruyère, onions and ground meat.

History does not tell us what the garnish is made of, but you will always be able to improvise if you prefer salmon or if you want to try a vegetarian version; Be careful with the recipe though because once the pages are soaked in sauce, you may won’t be able to read them again and check that you have not forgotten an ingredient!

Alas, it seems that this limited edition has been drawn only to a single copy for the publishing house (probably the one used for the photos), and that we are far from finding the concept of an edible book in our neighborhood bookshops, shopping malls or online libraries…

What do you think? Real concept to develop or just a marketing thing? in any case, we are are now HUNGRY.

We told you last week that books are the most popular Christmas gifts in France… and we love this fact ! But if you really want to be original this year, here are some ideas of unusual gifts only made for books lovers…!

1- The perfect bookcase to keep all your books organized 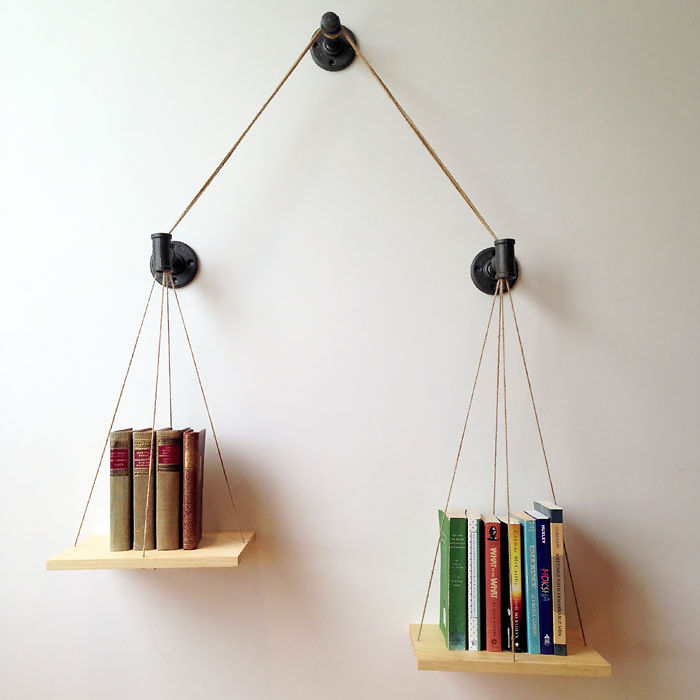 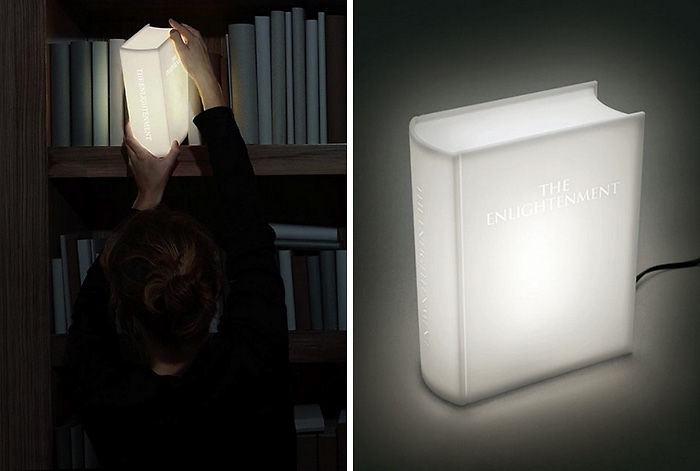 3- The book of your blog, to keep all of your articles and photos ! 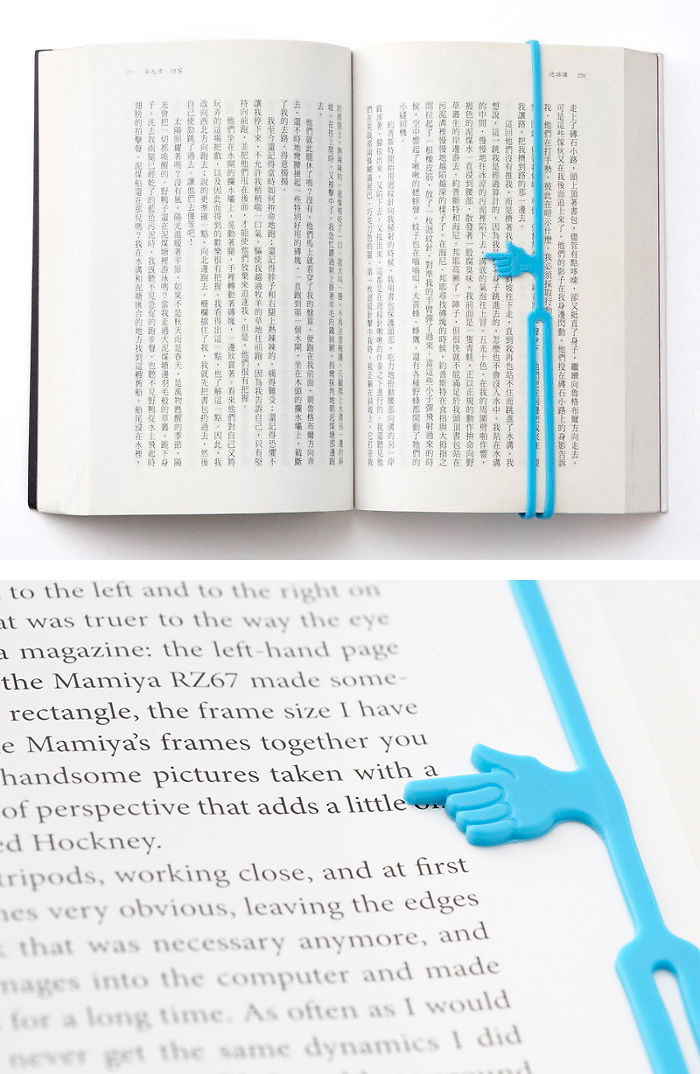 5- The candle which smells old books… to create a cosy atmosphere ! 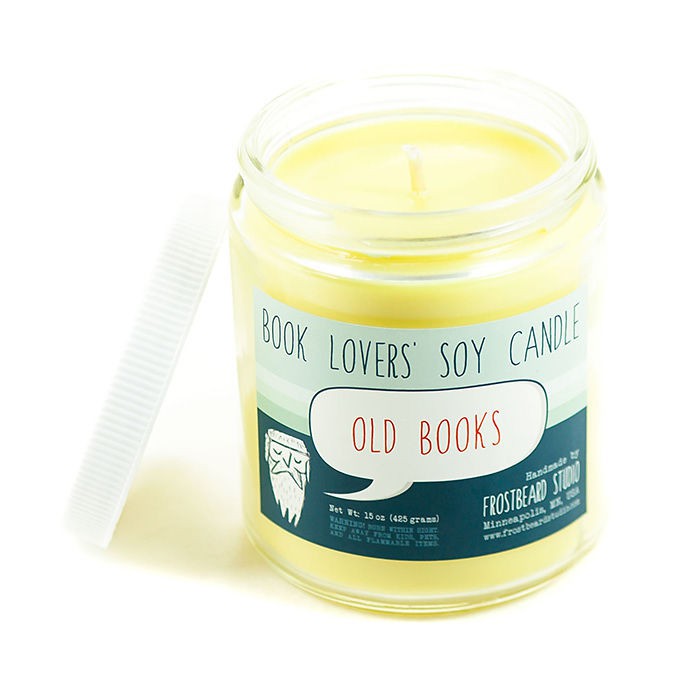 6- The perfect mug to drink your tea or coffee while reading your favorite book… or blook ! 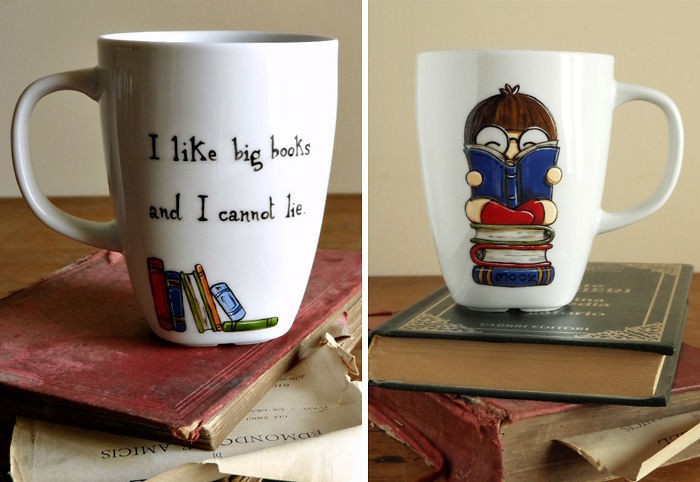