Japanese people are known for having crazy ideas, and at BlookUp we love a concept that stands out!

In Tokyo, the owners of this hostel just made every book lover’s dream come true: An accommodation bookshop. Don’t let the name fool you though, the books are not for sale; however you can read as many of them as you want while being comfortably seated on one of the sofas! 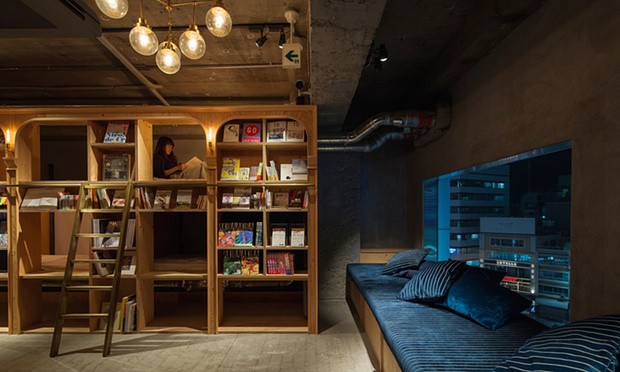 As for the beds, customers can choose between sleeping in bunks if their budget is tight or inside a bookshelf and being surrounded by hundreds of books: The ultimate bookworm’s nest! However, comfort might not be the first words to come to your mind while looking at the mattresses, and the staff is well aware of that.

The staff focused their efforts into providing the most unique experience as they could, the idea behind the accommodation bookshop was to create a space where people would be able to do what they enjoy the most until they ultimately fall asleep. And for those among you that always drink something while reading, well you are sorted because you can get coffee and other drinks at the bar inside the hostel! 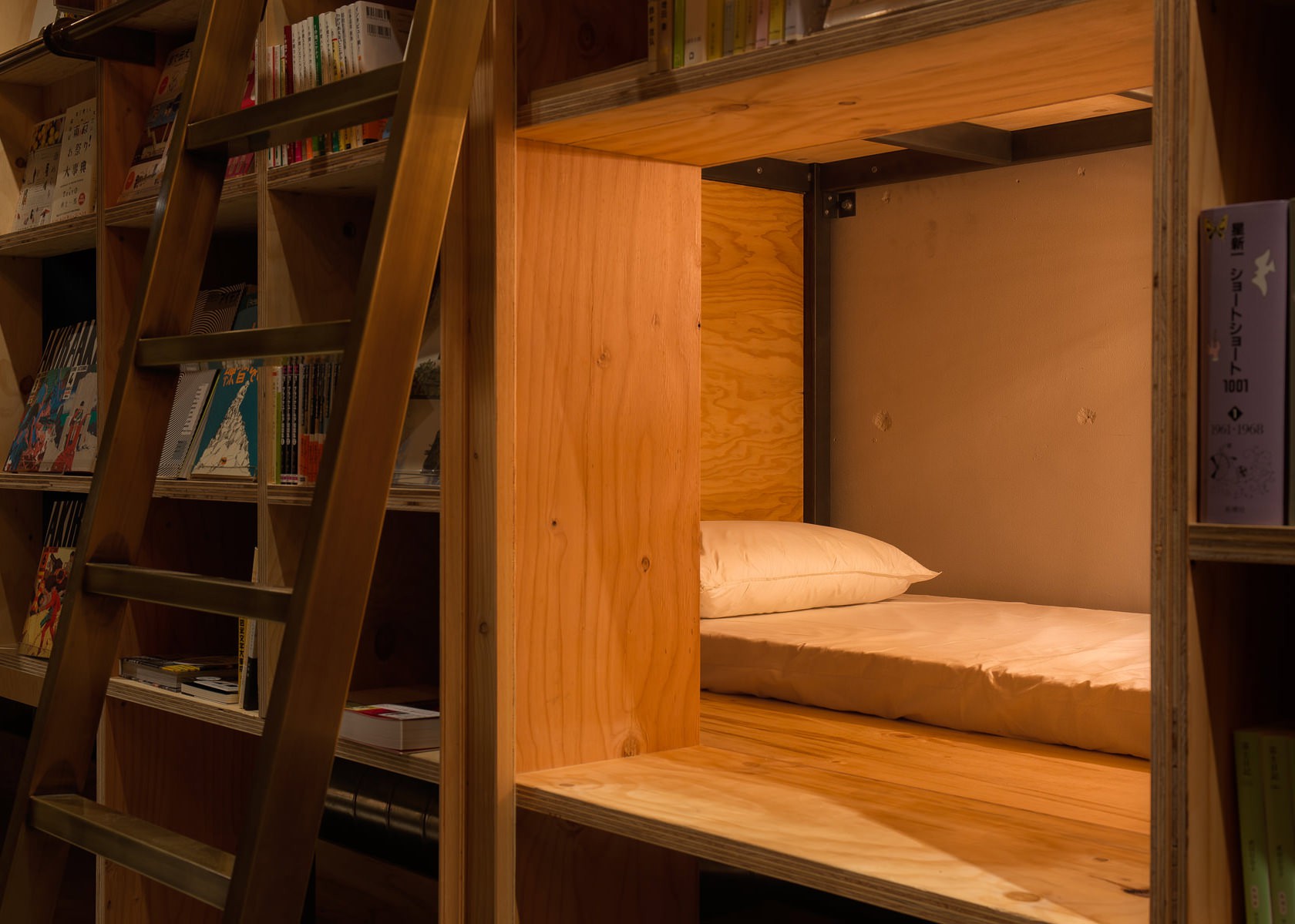 Tokyo is not the only city to have a Book and Bed hotel, Fukuoka and Kyoto also have their own. If you cannot make it all the way to japan, you can check out their Instagram and get a glimpse of the magic of this place!

Next on our Libraries world tour. Dublin!

If you are fond of old, beautiful books and picturesque places, the city has something you should absolutely see.  The Old Library of Trinity College! 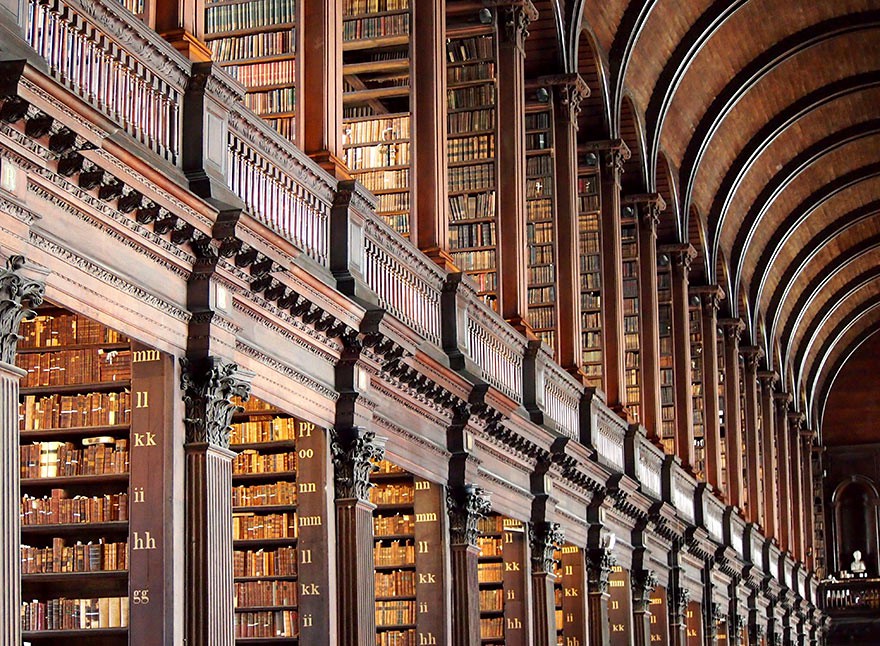 This outstanding and ancient library, the largest in Ireland, contains nearly 4.5 million books, with nearly 250,000 of them hosted only in its famous 65 metres-wide well-named Long Room.

This architectural Georgian work of art took the place, in the 18th century, of the original Elizabethan building that was founded with the rest of the College in 1592 on a former monastery’s site. Some extensions were built circa 1850 in order to accommodate more books! 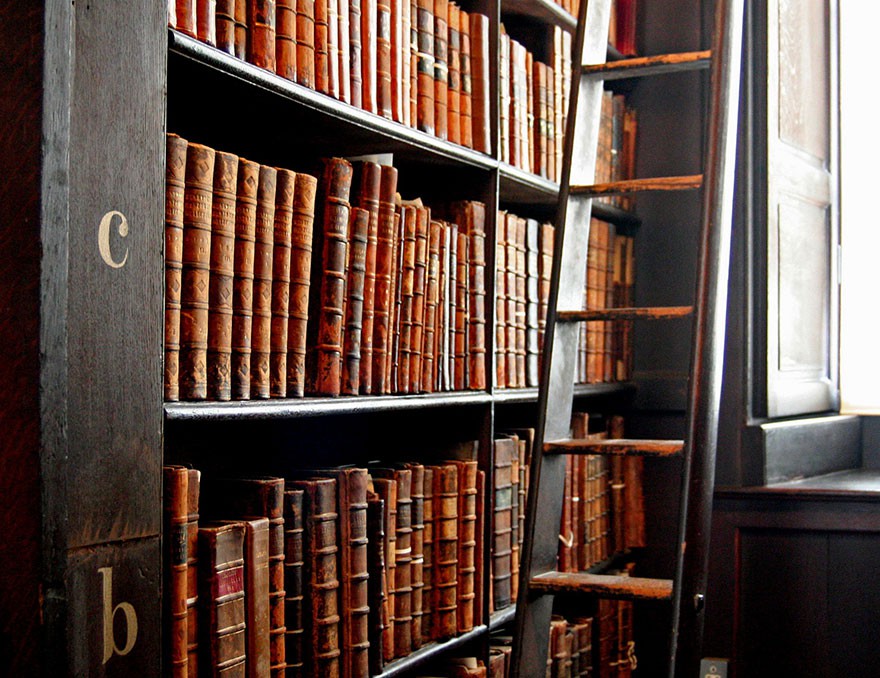 And the result was worth it!

If the place can afford to contain so many books in its core, it is because it obtained in 1801 the right to acquire a free copy of each book published in Ireland and England.

The Long Room is decorated with 14 marble busts created by the sculptor Peter Scheemakers. It  represents  western thinkers like Isaac Newton and famous ancient philosophers such as Cicero, Aristotle and Plato. One can also find the busts of people related to the very history of Trinity College. 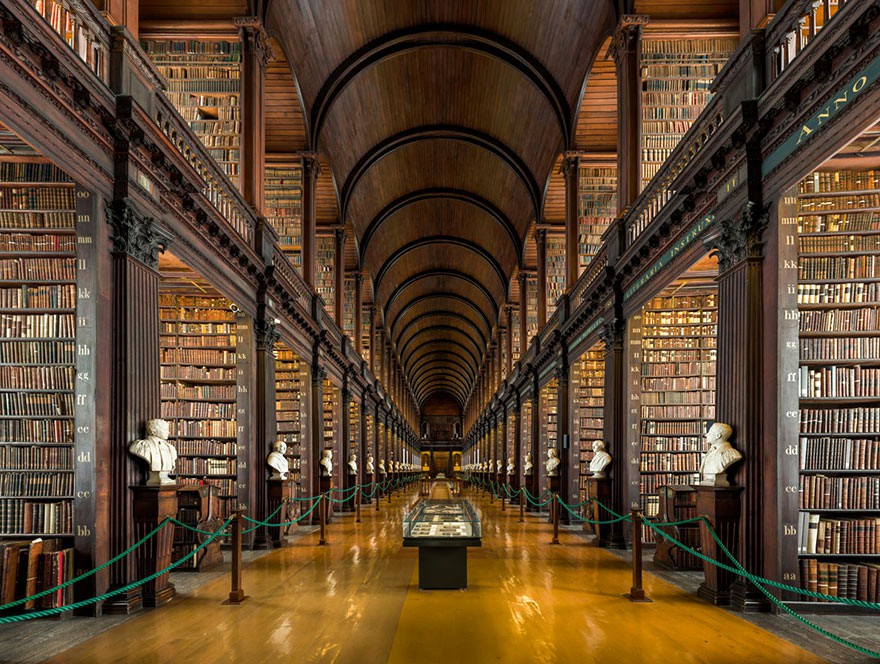 View of the Long Room and its marble busts.

AIn fact, among the many valuable works hosted in the Old Library, the most famous is the Book of Kells !  A magnificently ornamented manuscript containing the 4 Gospels of the New Testament, written by monks of Celtic culture nearly 1200 years ago.

The Book of Kells, view of the opening text of the Gospel of Luke

If you want to see more of it, the whole scanned document is available online for free on the College’s website ! So take a look at it  here!

This place filled with stories and history also contains one of the rare copies of the 1916’s official Declaration of the Republic of Ireland, as well as the impressive Brian Boru’s Harp, the model for Ireland’s official symbol, dated around the 15th century and made of oak, willow and brass ropes.

So don’t forget! Next time you go to Dublin, seek the library first and keep the bars for later!

Good day to you fellow blookers!

I don’t know about you but when I was a kid, I always wanted to be like Batman and have a secret door with a secret room room behind a bookcase, just for the sake of it. So when I heard that there actually was a company that was making it a reality I knew I had to share it with you guys.

At first look, you wouldn’t think that there actually is a hidden room behind that bookcase; secret passages are only a thing in movies, video games and novels after all, right?  Ha, joke’s on you! Because this bookcase actually folds in the middle thus revealing the hidden room,  safe, wine cellar, or anything you’d rather not have everyone see. If you don’t like the vanilla look of the door, you can choose among different sizes, color and woods then pick the one that fits best. You can also choose to add a lock so the door won’t open! Turning it into a regular bookshelf and blocking the access to the room behind it…

If you are brave enough however, you can try to build your own secret door like this man. It will certainly take time and A LOT of efforts but at last you can be proud of yourself and ultimately spend the rest of your time hidden inside your secret lair pretending you’re Bruce Wayne in the Batcave (Which is totally not what I would to if I had one at home…).